Every year, over 8,000 galgos (Spanish Greyhounds) are disposed of once the hunting season in Spain ends.
They are thrown at the bottom of a well to die of hunger, hung with their rear toes touching the ground to prolong their agony, dragged behind a car and left for dead, beaten to death, set on fire alive or left at the side of a road with two legs broken so they cannot move anymore. The hunters’ imagination is very fertile when it comes to making these poor animals suffer.

In Spain, it is not customary to adopt a galgo. They are considered only as a hunting tool and very few people believe they make the greatest pets.

Only about 10% of the thousands of galgos abandoned each year can be saved by rescue organizations. They are adopted as pets  in Belgium, Holland, France and Germany, even Scandinavia, where public opinion is more open to considering animal welfare.

L’Europe des Lévriers is a French charity whose aim is to save as many of those dogs as possible. We try and organize one trip to Spain per month to rescue around 20 galgos. We make a point of not only choosing the pretty, healthy ones, but also the old, sick and traumatized.  The galgos then go to foster homes or directly to live with their adoptive family.

Please, help us to help them! They need you! 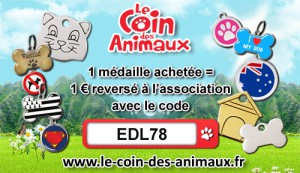